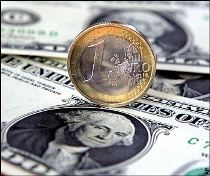 
Swaptions could be of two types Payer Swaptions and Receiver Swaptions. The former gives the holder the right to enter into a specific swap at some future date as the fixed rate payer and floating rate receiver whereas the latter gives the holder the right to enter into a swap to receive fixed rate and pay floating rate based upon LIBOR. Holder of the Payer swaption (European) exercises if swap fixed rate in the market is greater than the strike rate whereas Holder of the Receiver swaption (European) exercises the option if swap fixed in the market at expiration is less than the strike rate.
Swaptions can be either American, which can be exercised at any time prior to expiration, and European which can only be exercised at expiration. The price of the swaption is the premium which is an amount paid by the buyer to the seller upfront. As options are asymmetrical, this is the only loss which can be borne by the option buyer.

Irrespective of the trickiness and complexity related with swaps, they are excellent tools to hedge risk and reduce uncertainty. If we visualize ourselves as actually involved in swaps and hedging risk; we can develop in-depth understandings of such financial instruments. Knowing them and being able to apply them can add real value to our skills and improve our capabilities significantly.
Posted by Unknown at 14:09