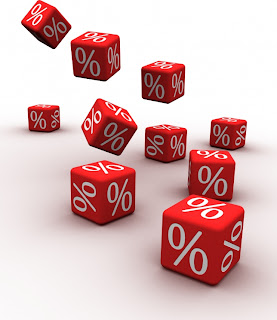 According to IFRS, the cost of an item of PPE shall be recognized as an asset if and only if:
a) It is probable that future economic benefits associated with the item will flow to the entity; and
b) The cost of the item can be measured reliably.
U.S. GAAP has similar rules.


Examples of Expenditures to get an asset ready for its intended use include:
· Purchase price
· Delivery
· Installation
Intangible Assets:
Intangible are assets which do not have physical substance.


Requirements under IFRS & U.S. GAAP include:
Intangible assets must be
· Identifiable,
· Under the control of the entity, and
· Generators of future economic benefits

· When assets are acquired as part of a business combination then each identifiable tangible and intangible asset is recorded by a company at estimated fair values.
· If the purchase price > sum of the amounts allocated to identifiable assets and liabilities, then the excess is recorded as goodwill.

Effects of capitalization of expenditure:
In the period of expenditure, an expenditure that is capitalized:
· Increases the amount of assets on the balance sheet.
· Appears as an investing cash outflow on the statement of cash flows.
· Higher profitability compared to expensing in the first year.
· Higher Shareholders’ equity compared to expensing in the first year.
· Results in higher ROA & ROE initially.
· ROA and ROE will be lowered in subsequent years as net income is reduced by depreciation expense.
· Results in lower Debt-to-equity and debt-to-assets ratio (lower leverage) due to higher assets and higher shareholders’ equity.
· Results in greater amounts reported as cash from operations.
· The profitability-enhancing effect of capitalizing continues so long as capital expenditures > depreciation expense.

· Lower profitability compared to expensing in the subsequent years.


Effects of Expensing the expenditure:
When expenditure is expensed:
· No asset is recorded on the balance sheet in the period of expenditure.
· Reduces net income by the after-tax amount.
· The lower amount of NI is reflected in lower Retained earnings on the balance sheet.
· Appears as an operating cash outflow on the statement of cash flows.(lower operating cash flow)
· No depreciation/amortization occurs in subsequent periods.
· Lower profitability compared to capitalizing in the first year.
· ROA and ROE will be lower initially but higher in subsequent years.
· Higher profitability compared to capitalizing in subsequent years.
· Lower EBITDA.
· Higher Market Multiples…..due to which a stock might appear overvalued.
· Market-based ratios should be adjusted for capitalized costs in order to have a better basis for comparison.