Consequences of Serial Correlation:
Testing for Serial Correlation
1. Plotting residuals: Scatter plots can be used with errors on the y-axis and time on the x-axis to test serial correlation. The following graphs show the relation. 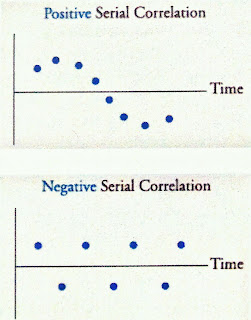