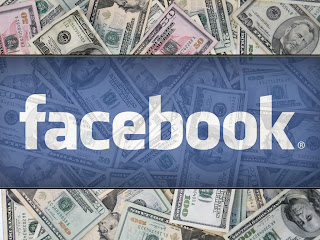 The company says that the debut would be the largest, generating $5bn in the offering, since Google. 85% of the revenues come through advertisement and 12% of the revenues came through transaction fee from Zynga, a social gaming platform which is known for Farmville and other games. The remainder comes from transactions fees for sales in other games and digital goods like movies and music.

Apparently no tangible assets yet some inspiring numbers. What should we call it a miracle of Technology or Evolution?

Email ThisBlogThis!Share to TwitterShare to FacebookShare to Pinterest
Labels: Application